This guide will be based on my real experience because I were also a NIOS student. So, be relax and read the guide.

What is open schooling?

Open schooling or open education are something which is not bound by the time, date, place, teaching role, instructional methods, modes of access, and any other factors related to learning processes.

Open Schooling is basically a type of schooling where you don’t need to go to school. You will have the freedom to study according to your time and place.

Suppose a boy named, Nishant who lives in a place where a good school is not available for secondary or senior secondary education. In this situation, Nishant can take admission in open schooling and start his studies from home.

What is Nios Board? 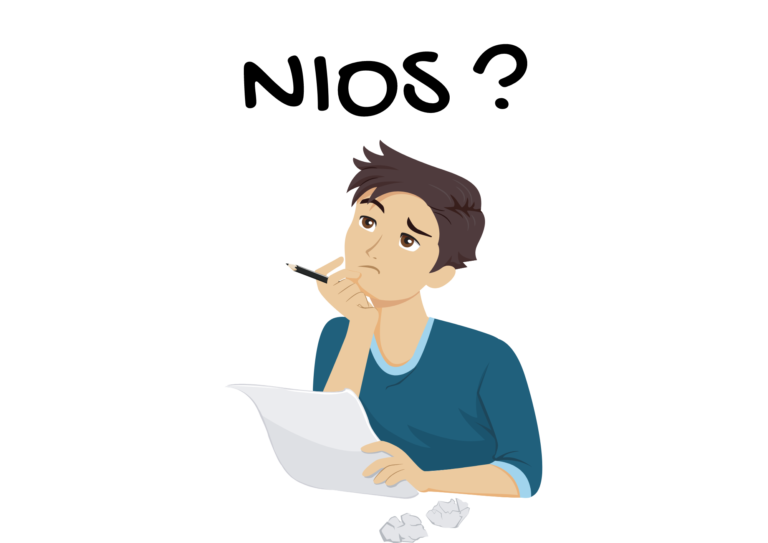 First, here is the factual meaning of Nios.

The full form of Nios Board is National Institute of Open Schooling.

The National Institute of Open Schooling, previously National Open School is the board of education under the Union Government of India. It was established by the Ministry of Human Resource Development of the Government of India in 1989 to give education to all sectors of society under the motive to increase literacy as well as intended forward for adaptable learning.

The NIOS is a national board that administers exams for Secondary and Senior Secondary examinations similar to the CBSE.

It likewise offers vocational programs after the secondary school. NIOS had a collective registration of about 1.5 million Students from 2004 to 2009 at secondary and senior second levels as well as enlists about 350,000 students yearly which makes it the biggest open schooling system on the planet.

But you may be thinking, I want some deep knowledge about this, not so-called internet definitions and facts.

– Those who want some improvement in their marks.

– Those who have some financial problems

But you may have any other reasons also, that’s completely fine.

Difference between open and distance education 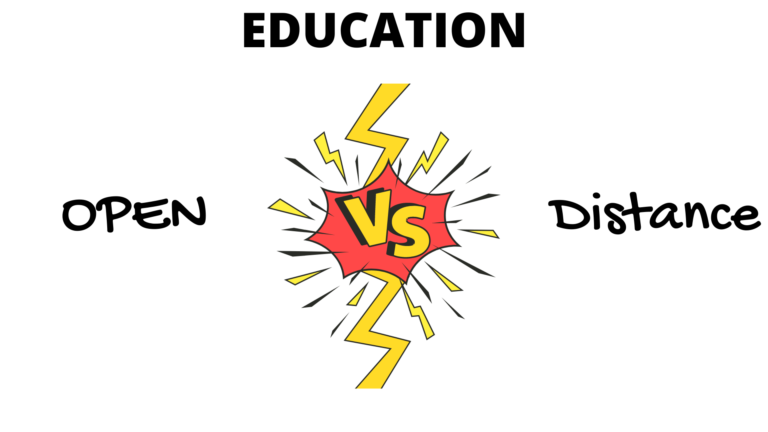 I know some of you are very confused with the terms open Schooling and distance education but don’t worry at all. Here are simple explanations of these two.

Basically, In open education/schooling, you are not directly taught by any school teachers. However, they give all the necessary resources to study.

In distance education, you are directly in touch with your teachers and they also give every resource which is provided to regular students.

The open education is a method that focuses on giving students access to resources, learning irrespective of time, place etc.

Distance education is a type of education where the student learns from a teacher from different locations.

I hope its clear now, if you have still any confusion, just leave a comment.

Pros and Cons of open and distance education

Open education has the benefit of being more inclusive as it offers access to resources for those who live in remote areas or those who don’t have a lot of money.

On the other hand, open education can be slower than distance education because of lack of communication with teachers and other students.

Distance learning comes with its own set of benefits, such as faster learning process due to higher levels of communication between teachers and students.

However, distance learning can be difficult for some people because it requires discipline and self-motivation which are not always easy.

When I took admission in senior secondary of Nios, the same lines were hitting me. Will Nios Marksheet/certificate have a proper value like CBSE certificate?

Simple and direct answer is YES.

Let’s try to understand this with a real situation-based example.

If you will complete your class 12th from CBSE, you can sit for JEE MAINS, JEE ADVANCE, NEET and all competitive examination. Any private college can give you a seat in their college.

If you will pass your class 12th from nios, Congratulations, you can still sit for all examinations including JEE MAIN, JEE ADVANCE, NEET etc. All government college and more than 95% of private college will provide you a seat in their college without any hassle.

PS : I am in private college after completing my class 12th from NIOS and I didn’t face any single problem from NIOS marksheet/certificate while taking admission in college.

Should I take admission in Nios?

Sometimes, in some situation, it’s very tough to decide and take action for all of us. I think taking admission in NIOS is one of them for you. I understand because I were also in that situation once a time.

See, it’s completely upon you. CBSE board, NIOS board or any other boards are just a medium to cross the bridge of school to college.

In my opinion, Nios is best choice if you want to improve your marks, failed in your earlier board, in financial problem, or just want an open schooling.

Tell me in comments, what’s your opinion !